Menu
> 6 Ways to Protect Yourself Against Cyber Crime

6 Ways to Protect Yourself Against Cyber Crime 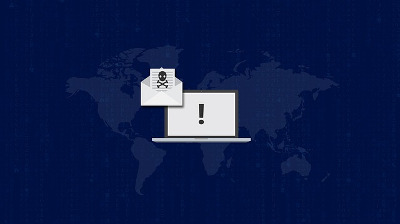 The recent international Ransomware attack of the Wannacry virus has brought to the fore the need for expertise and vigilance around cyber crime.

In a world where we rely more on technology than ever, it has never been more important to protect your business, and your data.

This ransomware attack was on an unprecedented scale, and unbelievably started from just one email to a single unsuspecting user, somewhere in Europe. That victim unwittingly opened an email, clicked on its attachment, and let Wannacry into their system.

Using a file-sharing process previously stolen from the US National Security Agency, the virus latched onto the filesharing settings of the host computer, and copied files into dropboxes and shared drives of other computers. This process repeated again, and again, until thousands of organisations all around the world were affected. In the few hours before it was discovered, it made its way around 150 countries.

The virus exploited a security weakness in some versions of Microsoft Windows, namely Windows Server 2003, Windows XP and Windows 8. These versions of the platform do not receive free security updates from Microsoft, putting them vulnerable to attack.

The consequences of Wannacry were, at best, commercially crippling for businesses who had their payment systems cut off, at worst, NHS patients failed to receive lifesaving medical care.

Worryingly, many of the organisations affected by this virus were big players, so it came as a shock that names such as the ones listed below succumbed to the attack.

Workers arrived at their desk on Friday morning to a message warning that their files had been encrypted. The computers were rendered useless in the short term, but the files would be decrypted if they made a bitcoin payment of $300 to a named url. The deadline for payment was three days, and if the money was not transferred, the files would start to be destroyed.

After a few hours, the knight in shining armour was a 22 year old British security researcher who is an online blogger writing under the pseudonym of MalwareTech. He noticed that the domain to which the threats pointed was unregistered, so he took control of it and stopped the malware in its tracks.

MalwareTech is an international hero thanks to his quick thinking, but there is no doubt that this remedial action is only a temporary fix. Experts are already viewing this attack as a ‘warm up’ with another more sophisticated attack expected in the not too distant future.

You can read the story of how MalwareTech beat this strain of WannaCry here.

So what can you do to protect your business from cyber attacks like this one?

We know that malware is constantly evolving to try and stay one step ahead of anti-virus software, but you can minimise your risk with some fairly simple steps. Here are just a few ideas on how you can mitigate your risk:

If you would like advice on the training available around cyber crime, you can talk to one of our friendly advisers on 0115 8705075, or email us on trainingteam@envisiontraining.co.uk.

Get in touch to see how we can help you, your team or your business